Get fresh music recommendations delivered to your inbox every Friday.

The Trance Of Seven Colors 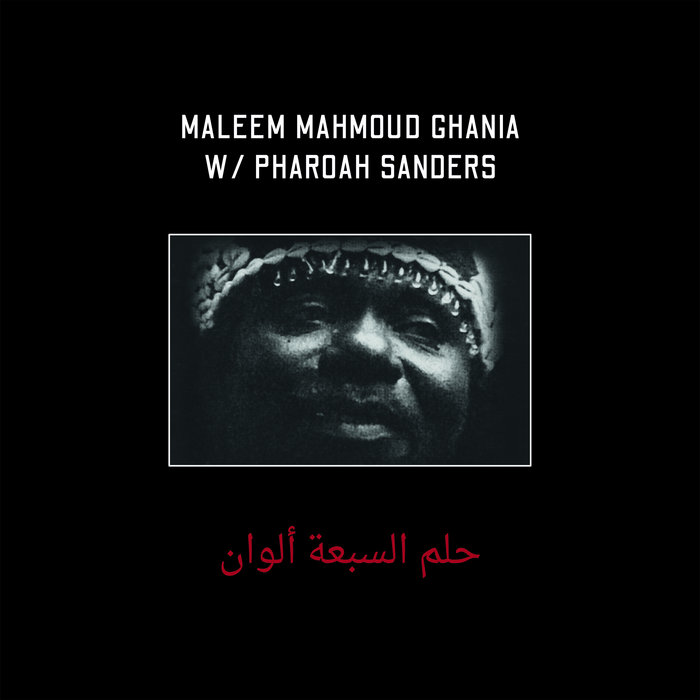 icastico A classic, so glad to have the vinyl of this. Now with this and this maalemmahmoudgania.bandcamp.com I can listen to 8 sides of Maleem and reach transcendence.

HOWARD FLAX Vinyl sounds great! Pick this one up before they’re gone.

Torsten A Pharoah Sanders record like no other. He takes more of a backseat, accompanying the fabulous Maleem Mahmoud Ghania and his musicians in this highly spiritual, rhythmic masterpiece.

Available on vinyl for the very first time: “The Trance Of Seven Colors” by master Gnawa musician MALEEM MAHMOUD GHANIA and free jazz legend PHAROAH SANDERS. Produced by BILL LASWELL and according to The Attic “one of the most important albums of Gnawa trance music released in the ‘90s”.

Originally released in 1994 on BILL LASWELL’s AXIOM imprint, “The Trance Of Seven Colors” is the meeting of two true musical masters: MALEEM MAHMOUD GHANIA (1951 – 2015), son of the master of Gnawa music MALEEM BOUBKER GHANIA and the famous clairvoyant and "moqaddema" A'ISHA QABRAL, and a master of the traditional Gnawa style in his own right. MAHMOUD learned this craft as a youth along with his brothers, walking from village to village, performing ceremonies with his father BOUBKER and was one of the few masters (Maleem) who continued to practice the Gnawa tradition strictly for healing (the central ritual of the Gnawa is the trance music ceremony – with the purpose of healing or purification of the participants). With 30 cassette releases of music from the Gnawa repertoire with his own ensemble and performances at every major festival in Morocco, including performing for the King in various contexts, MAHMOUD GHANIA was also one of Morocco's most prominent professional musicians.
In 1994, BILL LASWELL and PHAROAH SANDERS went to Mocrocco, equipped with just some mobile recording devices, to record GHANIA and a large ensemble of musicians (to a good part family members) in a very intimate set up at a private house with the legendary free jazz musician contributing his distinctive tenor saxophone sounds that gained him highest praise as a truely spiritual soul right from the days of playing with JOHN COLTRANE and his wife ALICE and on seminal solo albums like „Karma“.
The aptly titled „The Trance of Seven Colors“ ranks among the best Gnawa recordings ever released , made it onto the list of “10 incredible percussive albums from around the world” by Thevinylfactory.com and is 25 years after its original CD release on finally available on vinyl!

“one of the most important albums of Gnawa trance music released in the ‘90s”
The-attic.net

Bandcamp Daily  your guide to the world of Bandcamp